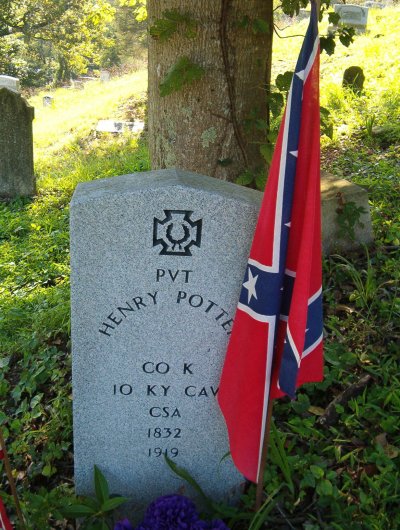 He was married to Cynthia Mullins (daughter of Eli Mullins and Elizabeth Short) on 22 Jul 1855 in Pike County, Kentucky. Pike County Marriage Record 1314, license issued 19 Jul 1855. They were married in the road near Wilson Ramey residence by Hiram Cantrell . Witnesses were Tamara Potter and George Potter . Cynthia Mullins was born in 1834 in Virginia. She died in 1900. Henry Potter and Cynthia Mullins had the following children: