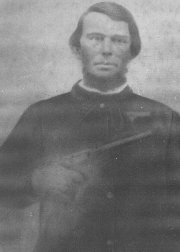 Preston Mullins served in the 10th KY Calvary, CSA during the Civil War. He was a 3rd Corporal in Co. K.

Preston Mullins married Sara Colley and had the following children: